A Portrait in a Letter (Somewhere in England) 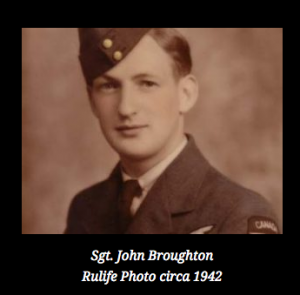 The film is a portrait of WWII airman –John Broughton. Born and raised in a small Saskatchewan town, he suffered extensive burns to his face and body when the bomber he was aboard crashed in England. He underwent a series of experimental skin grafts and the film is based on a series as letters he wrote to his sister Lucy while convalescing. The film combines archival and contemporary footage.