New pinhole images. Mostly from the summer of 2020 in the Eastern Townships of Quebec, Canada. All shot on Ilford FP4, processed and scanned by Borealis Lab. 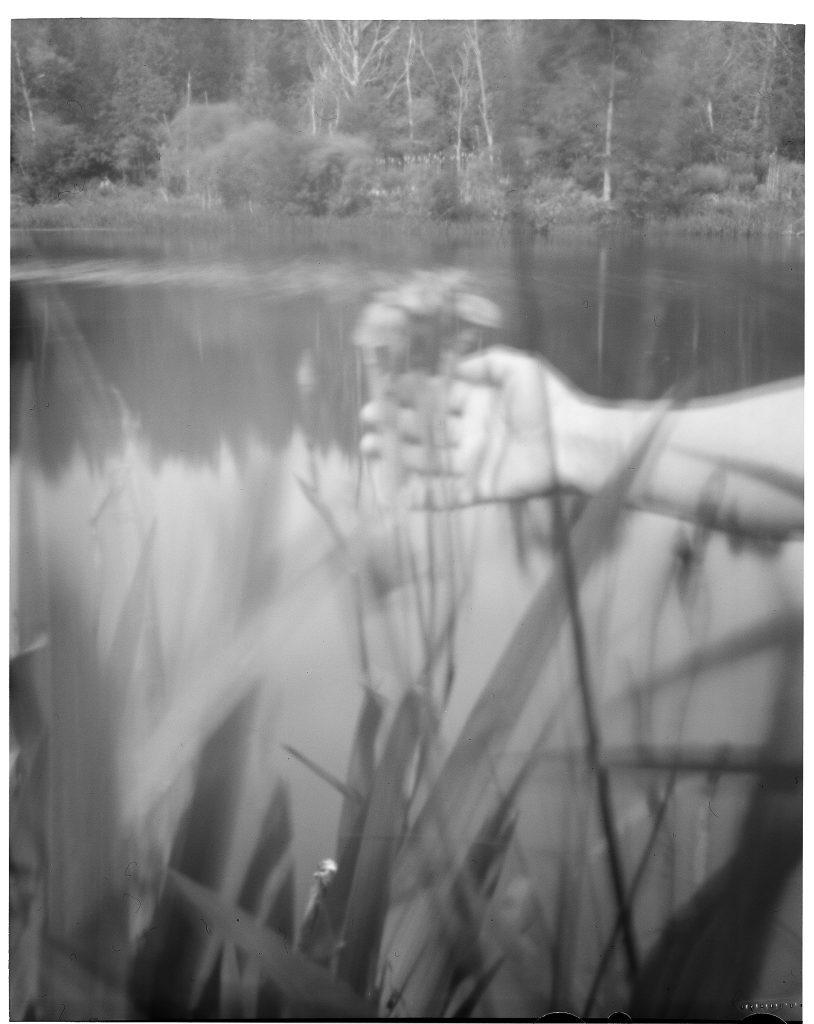 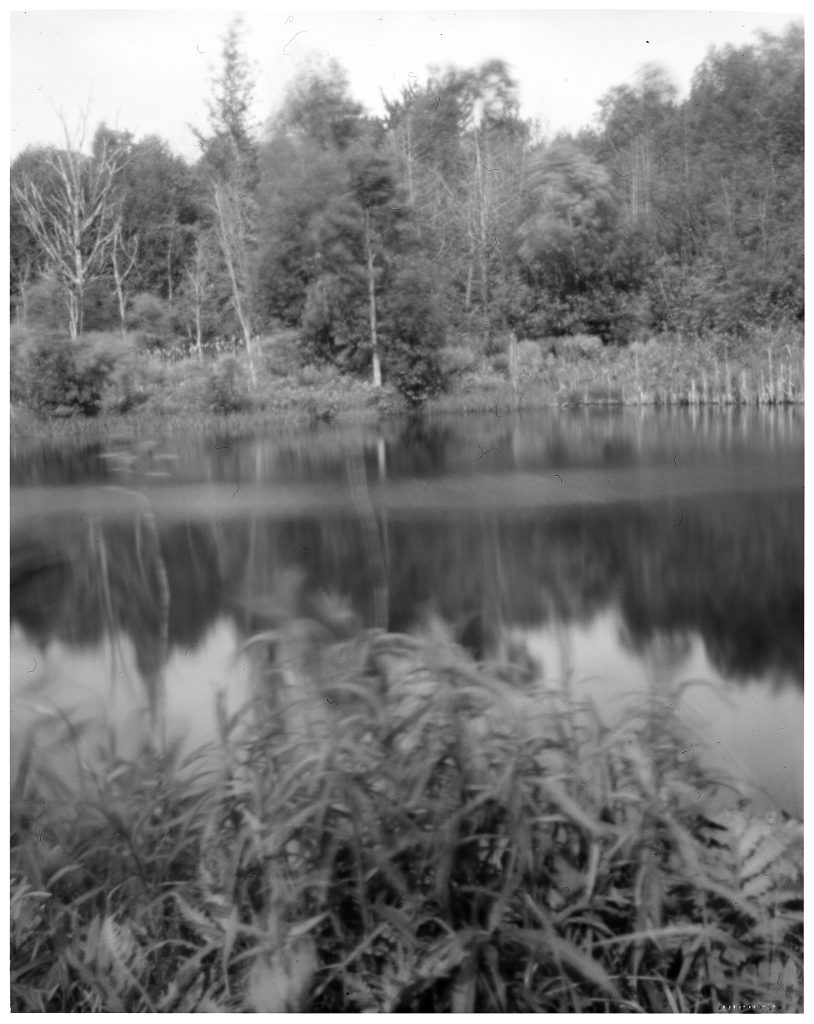 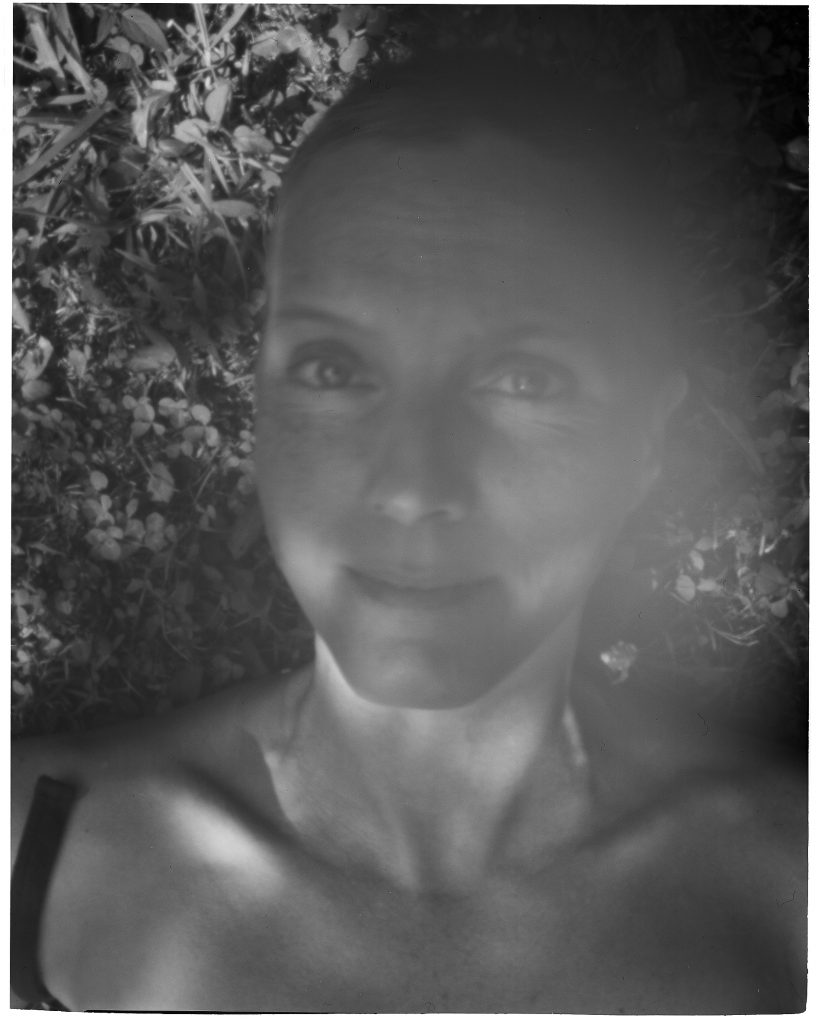 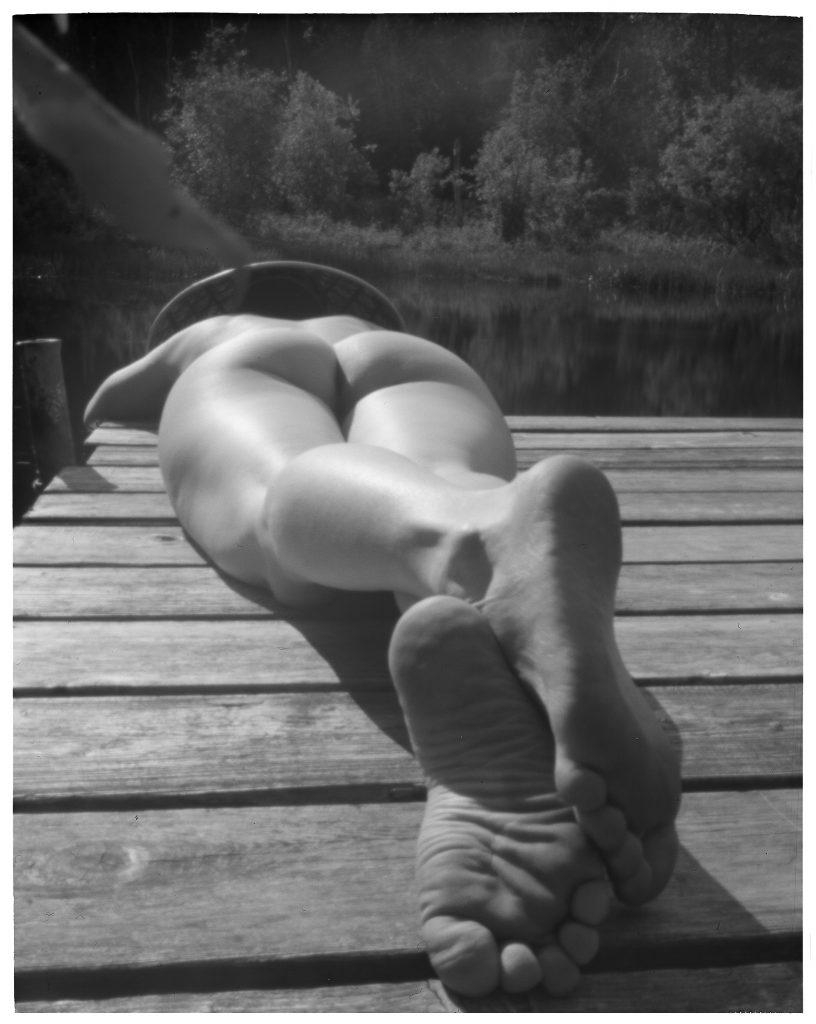 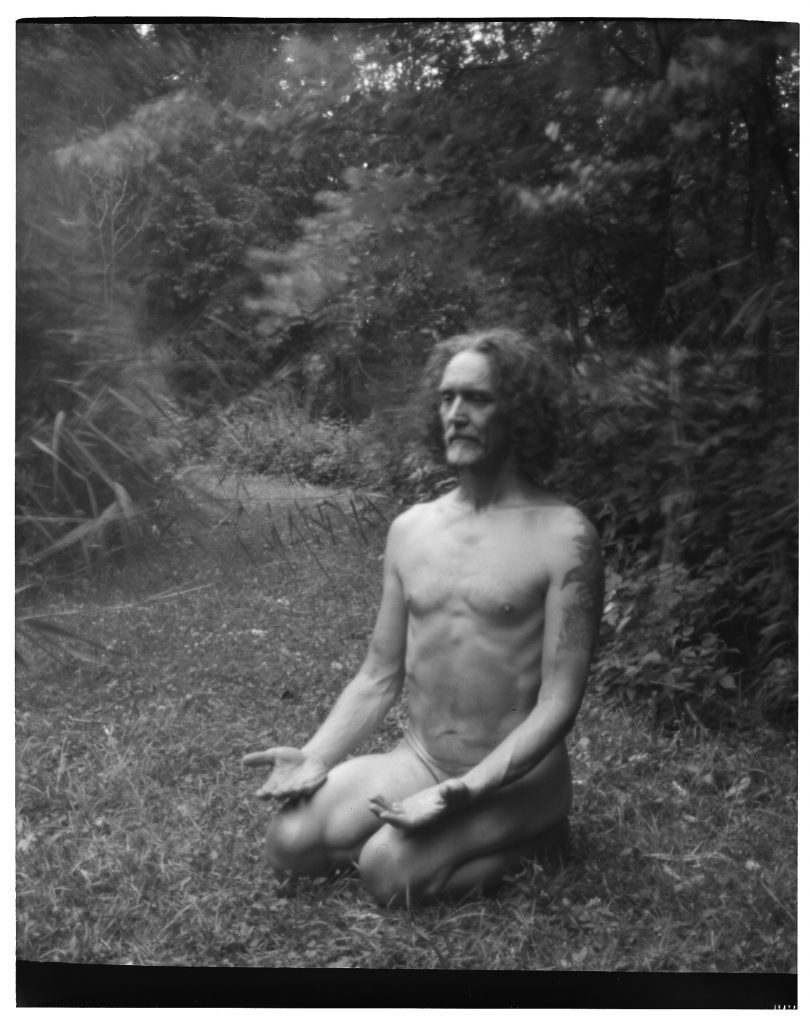 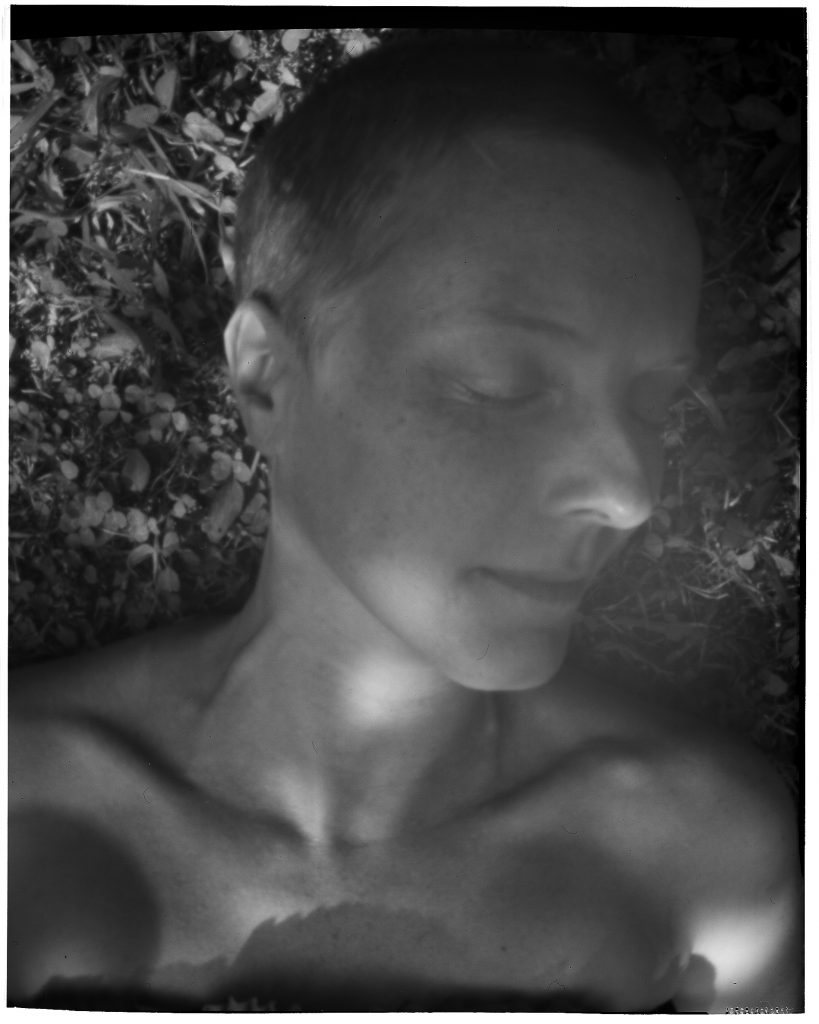 New pinhole photographs from Sutton. Click on the image to see an enlarged version. Colour is Kodak Vericolor 400 (expired film from the 1990s) and Ilford FP4. Thanks to Cheryl for the expired film! 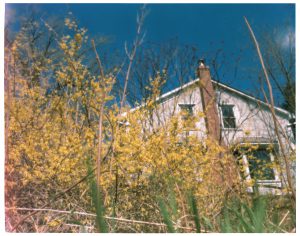 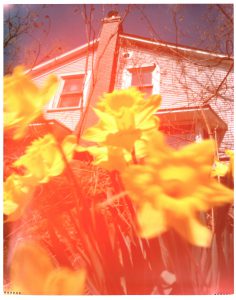 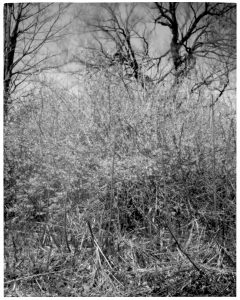 New pinhole photographs. Click on the image to see an enlarged version. 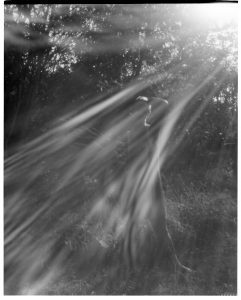 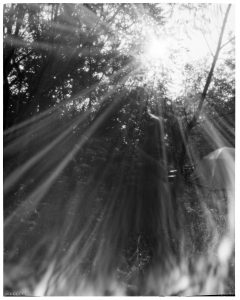 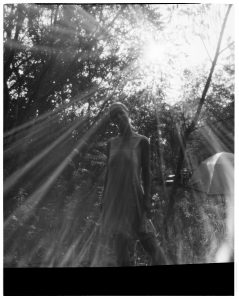 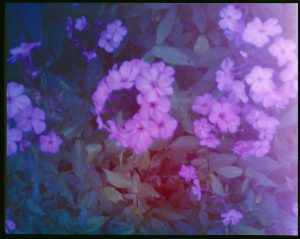 forget the name of these flowers, Ektachrome 100, 4×5 pinhole. 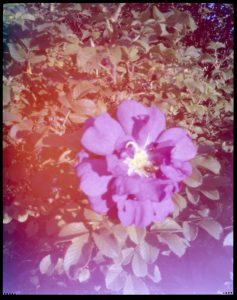 I shot some Ektachrome 100 that expired in 1991. Appears that I overexposed it a couple of stops, one for sure, and the colour shift is evident. Colour shift might come from the over exposure as well. I thought it was a calm day but a slight breeze came up for each exposure and created a little bit of movement. I think I’ll try a few more sheets. Film was processed and scanned by Boréalis in Montreal. 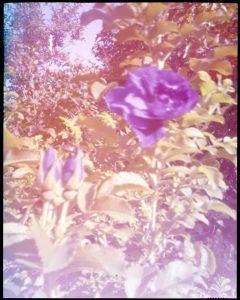 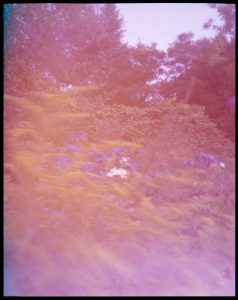 More December updates. First pinhole camera photos! All developed in Caffenol CM. Both Kodak and Ilford film stocks expired around 1992. I think I will create a second aperture and purchase some new Ilford stock and refine my tests. 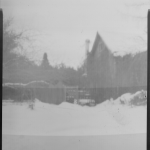 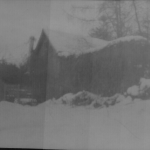 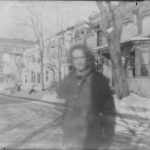 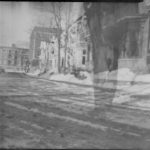 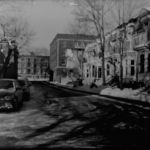 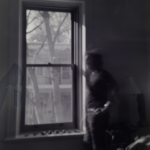 Finished the build. Stained and varnished. Plan to shoot some tests this weekend. 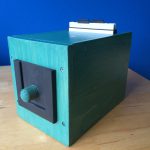 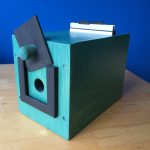 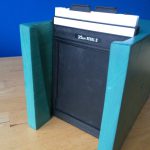 I am building a pinhole camera using a 4×5 medium format negative holder as the foundation.  I plan to shoot some negative during the coming months. Here is a link to the original plans. My friend René Daigle offered much needed guidance and the use of his workshop to make this happen. I am grateful for his friendship, patience, and good humour!

Here are some photos from the construction, still underway.

assembled front, shutter not yet installed.

Below is a glimpse at the interchangeable aperture. Each of the squares with a hole cut into it and will have a copper backing with a different aperture punched through it. I’ll be able to use modified apertures for different results. It doesn’t look that polished at the moment but I’ll paint it black. It will also only be visible from the inside of the camera.