I received research funding to continue my explorations of non-toxic film processing and funding to produce a new fiction film. Here is a new website dedicated to that project!

Very few updates to report as I have been putting energy into other projects at the moment.  Here is the caffenol cookbook that I used as a starter for my own explorations with alternative film processing.

Check out this footage developed using the prototype. And some photos of the build for the tanks. 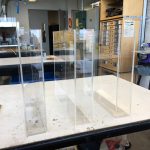 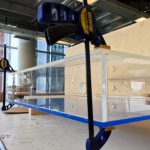 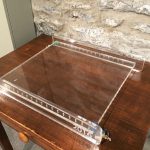 Set up the rack and vertical tanks this week to test out a scaled down prototype of the Green Lab. Things went well, managed to load, process, wash, hang and reload in just over one-hour. Super consistent development! Very pleased!  Used  Ilford Rapid fixer for now, built a tight fitting venting hood with a fan that pulled the vapors off the Fix tank and outside. Simple but effective solution until I can move on the sea salt water Fix!  Lots of great ideas came out of the inaugural processing specific to the areas of fabrication, design of the next version of the lab, as well as recipes for the developer. Thanks so much to Susan Briscoe for providing the studio space to set up the lab! And to Maxwell House Instant Coffee – consistent developing to the last drop. 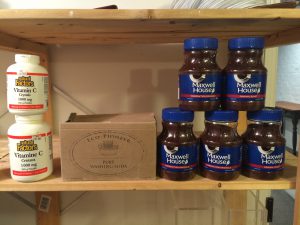 Ingredients in Caffenol CM. Find full recipes and others at The Caffenol Cookbook. 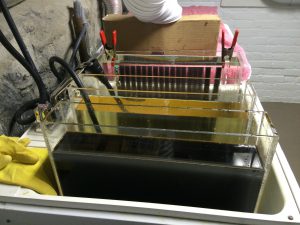 Caffenol CM (coffee developer), Washing bath in the middle with constant replenishment as needed, and the Fix (venting snout removed for photo). The venting snout fit very nicely with the film rack inside. 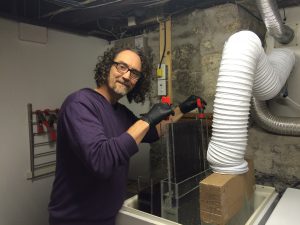 The washing tank served as a pre-bath, a stop-bath, a post-fix washing bath, and finally a photo-flo bath. 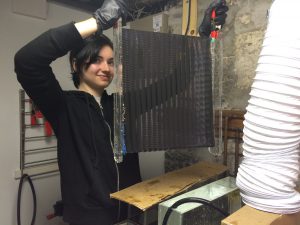 Naomi holds the rack after washing. 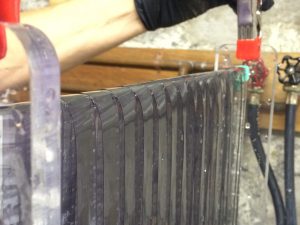 Close on the rack with film loaded. 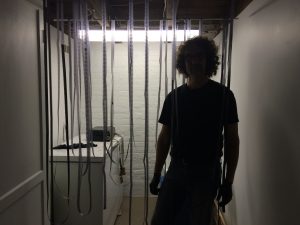 Drying room needs more thought. 🙂 With enough film racks in the next incarnation of the lab the film can dry on the racks.

Thanks to Naomi Silver-Vezina for assisting in the lab; to Oliver Philbin-Briscoe for fabricating the vertical tanks and film rack, and to Guillaume Lebel for dozens and dozens of tests on caffenol recipes and temperatures!

I’m having the 16mm film scanned at Technicolor on Tuesday of next week. I’ll post a clip! 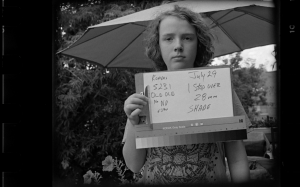 Click on the image above to see a 30 second clip!

This test was processed in a Morse G3 tank using caffenol and transferred at Frame Discreet.

I’m exploring various methods for processing up to 100′ of motion picture film using low toxicity chemicals in the developing and fixing stages. The goal is to find a workable system for film artists and filmmakers who want to explore ways to continue to work with emulsion but lower the risks to themselves and lessen environmental impact of the materials. The basis for my research is work started by Dr. Scott Williams and then advanced by still photographers like Reinhold. I’m also taking a closer look at reversal processing as advanced by Ricardo Leite.
These images were shot in a Konvas 1M motion picture camera using an anamorphic gate, which explains why the frame line between images is so narrow (in case you were wondering). 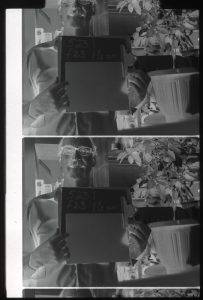 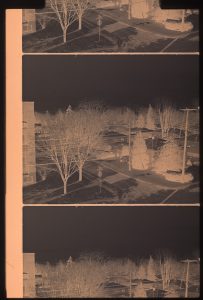 Caffenol test 6 (with sepia). Literally added a pinch of table salt to the developer to help clear the base and this beautiful sepia wash appeared!

A bit over exposed and possibly over developed but still decent negative. 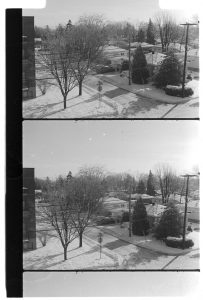